Welcome to the Space Geese Universe

A society of hyper-technologized geese on the brink of self-destruction. The habitants of Terrarium have abused their planet to such an extent that it is on the verge of collapse. But there is a small light of hope: The Arka.

WHAT ARE SPACE GEESE?

Space Geese is an NFT project which tells the story of a hyper-technologized geese society in a dystopian future. This species has abused the planet to such an extent that it is on the verge of destruction.

That is why the most powerful sector of society has decided to build an ark that will save them from extinction. But only 5,555 of them will be able to escape, which is the size of the collection.

There are four games. Each one is different from the other, both in mechanics, plot, and design. The first game will be released prior to the release of the NFT.

We will have a platform where you will find all our games and equip your NFT character with new aircraft, weapons, power-ups, and a Marketplace to buy/sell these items.

You can earn $GooseCoin by playing any of the games in the Space Geese universe.

The story of Space Geese will be told through a webcomic that will be published every four months.

THE LITEPAPER IS OUT!

The project consists of a Platform that supports our games, marketplace, and store.

It’s four games. Each is different from the other, both in mechanics, plot, and design. The first game will go live before the launch of the NFT. It consists of an infinite game in Pixel Art, and the plot is part of the story. The games relate to the main narrative; the last game will be about the adventure to escape planet Terrarium in the Ark. Will your character be able to escape on the Ark?

A Marketplace will be launched where you can equip your character and buy/sell items such as aircraft, weapons, and buffs for your NFT character. The project will have a cryptocurrency, $GooseCoin, accumulated by playing the games or staking; you can use $Goose to buy equipment or spaceships in our marketplace or buy/sell it on Raydium.

THE PROJECT WILL HAVE ITS OWN TOKEN

$GooseCoin will be our cryptocurrency, the official currency of Space Geese NFT games. Holders will have different benefits with $GooseCoin; we will tell you about it below.

You will be able to generate $GooseCoin by playing any of the games in the Space Geese universe.

Staking For Non-Gamer In Diamond Vault

Staking For Non-Gamer In Diamond Vault

Being a holder, but playing is not your thing, don’t worry; you can stake and generate $GooseCoin profits passively.

It will be live on Raydium after mint, where you can buy or sell $GooseCoin, generating profits in SOL or USDC. Exclusive for Holders.

A STORY OF HOPE IN A DYSTOPIC WORLD

The fantastic story of Space Geese will be told through a Webcomic published every four months. You can follow the story on our social networks as well.

Episode 0 has already been released and is live on Webtoons; we invite you to check it out!

I want to read the comic!

¡I’m in English and Spanish! 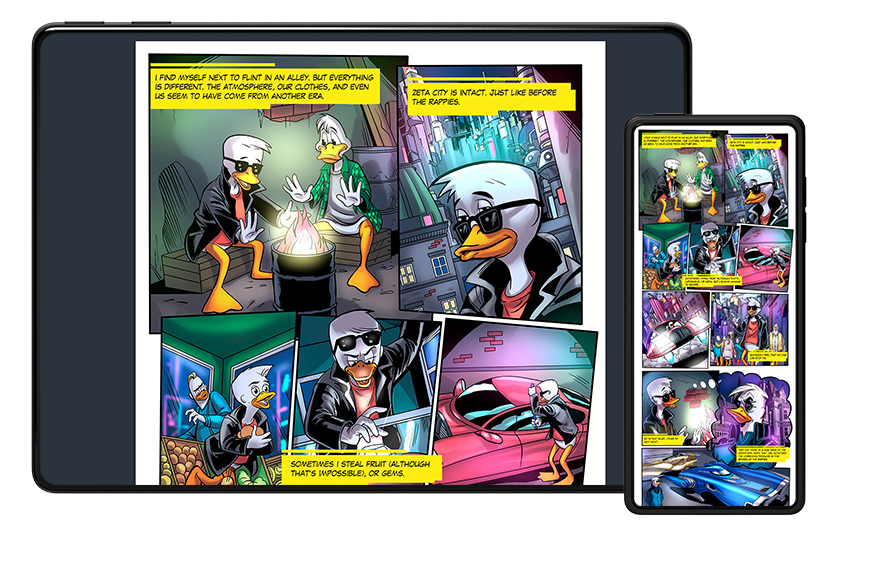 The collection consists of 5,555 Pixel Art Geese, each of their attributes built pixel by pixel. The collection has a rarity system: Common, Rare, Epic, and Legendary. In addition, a second characteristic has been considered that corresponds to the factions. Each attribute is related to a faction; this can generate a % with a greater or lesser attribute’s rarity tendency to a faction; these are The Agape, The Order, Scienta, Artifex, and The Hampa. 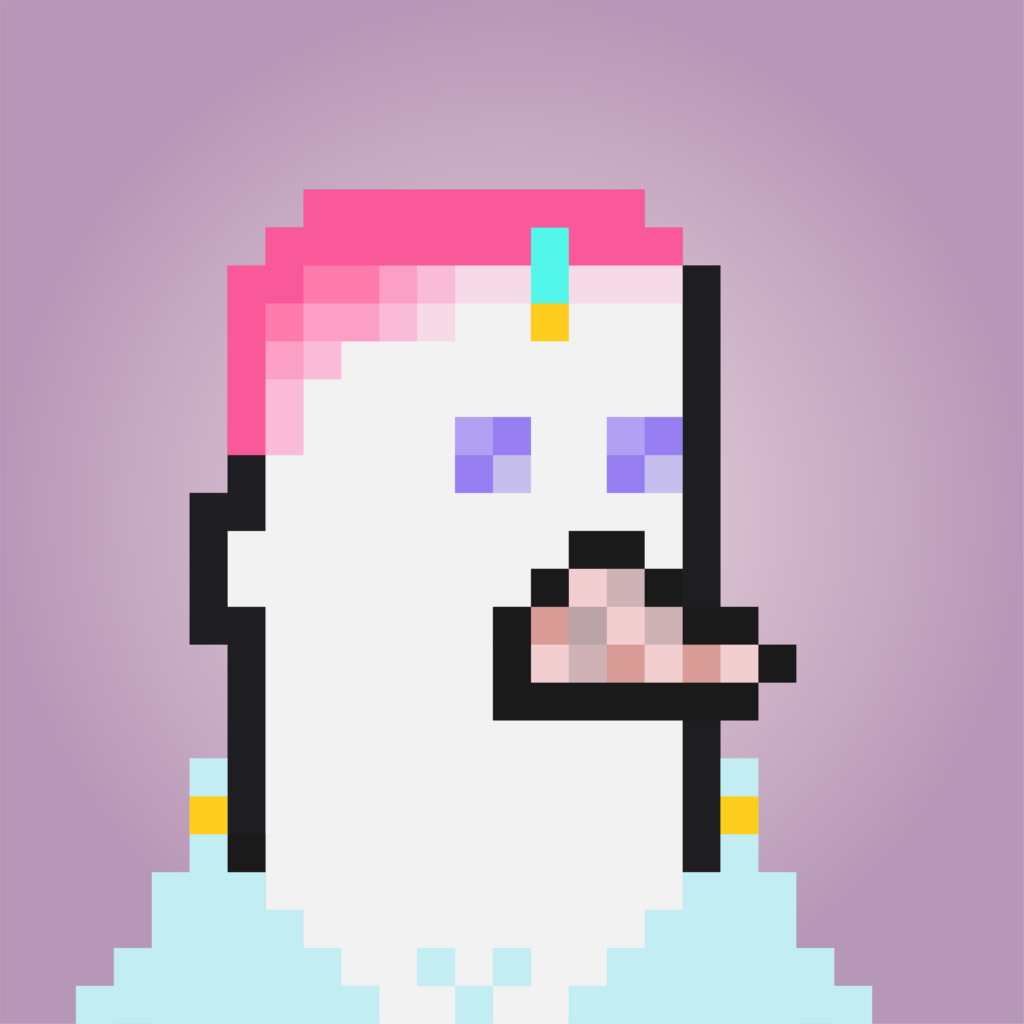 It is a caste that holds the absolute power. They own everyone and everything. Their hedonistic lifestyle characterizes them; they are evil and who lack empathy or concern for anything outside themselves.

There are rumors of other factions that have opposed them in the past. These geese were entirely wiped out and erased from all records. 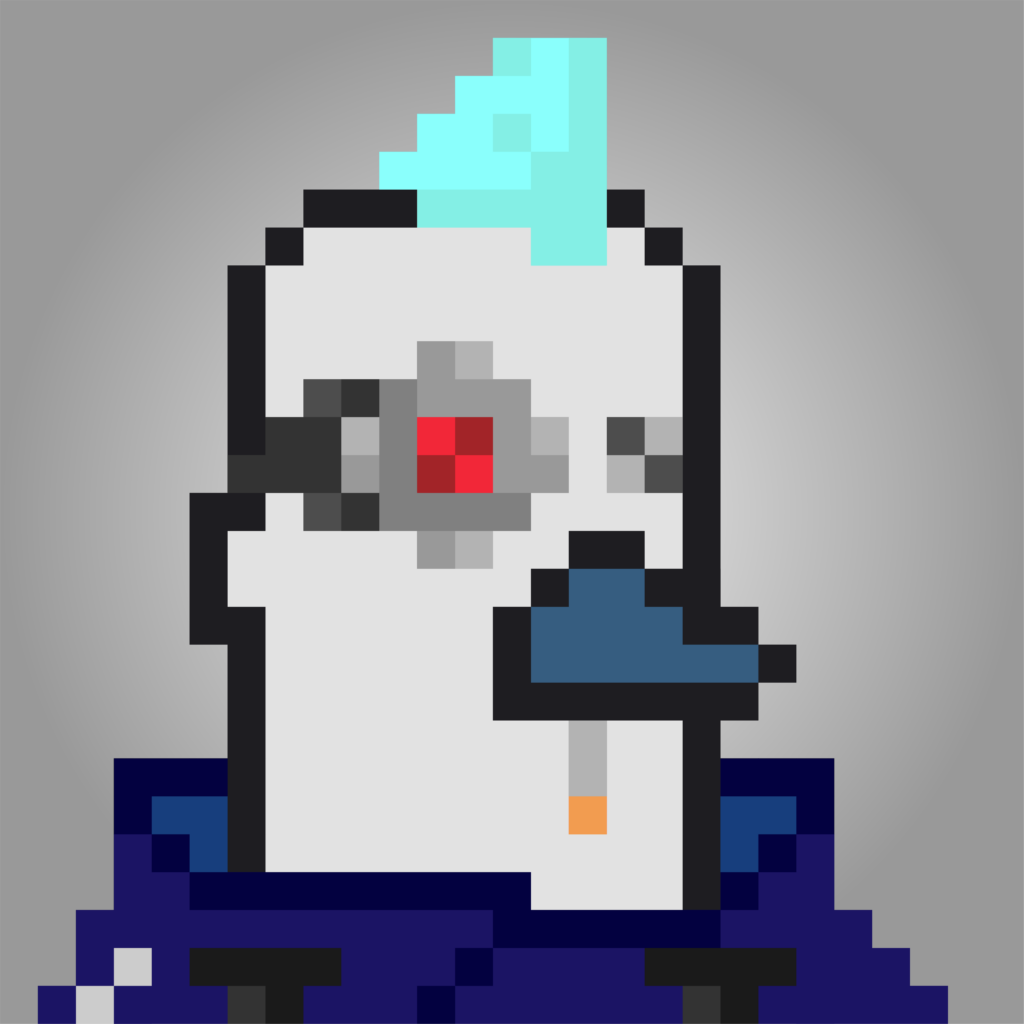 It is the militarized force of Agape. This faction is different from the rest because it is not made up of families like Agape. Their members come from all parts of the Terrarium population.

Almost all of its members have robotic limbs or enhancements, which give them powers, such as extreme strength or tracking ability, that legally only they can possess. 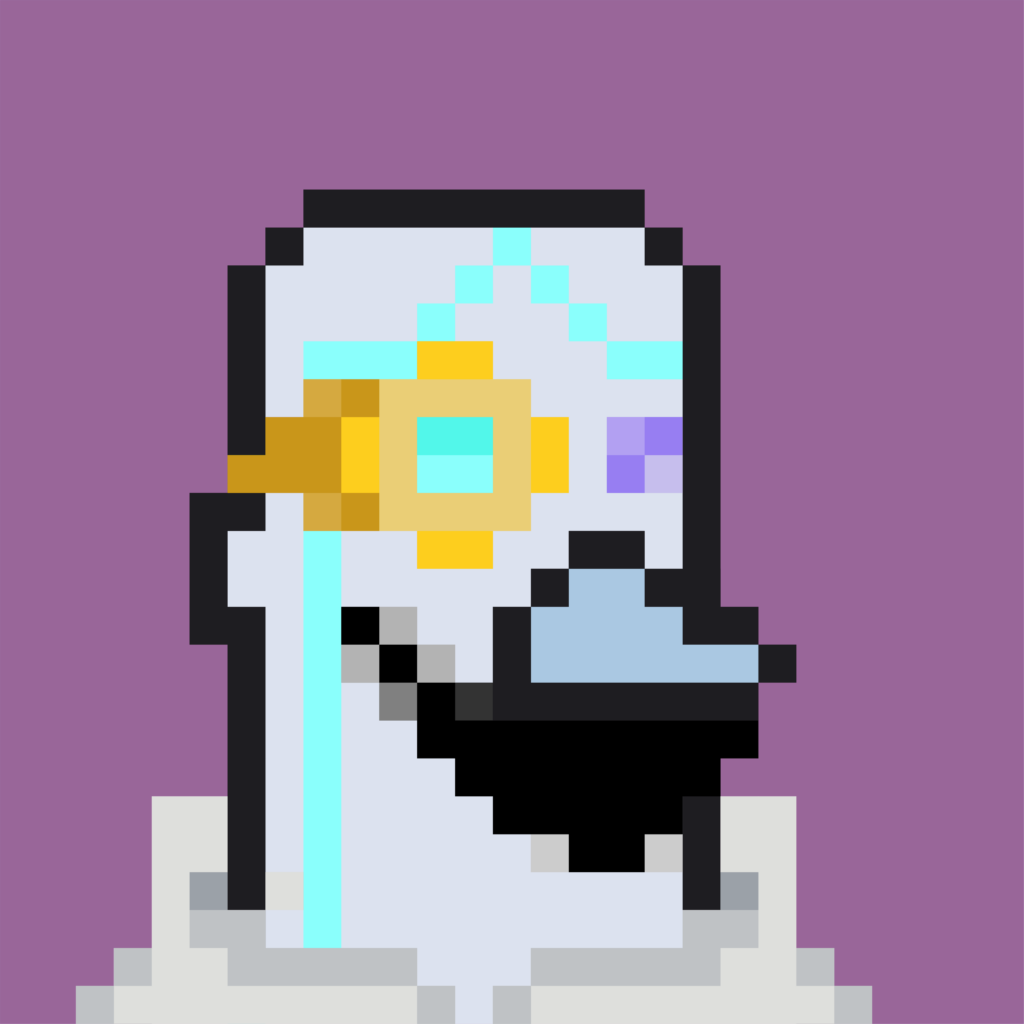 They are the faction that developed their intellect beyond all possibility. They are responsible for current technological development and the only ones capable of operating the complex electromechanical framework that keeps cities operational.

They have the blessing of Agape and treat them almost equally, although they secretly detest and envy them. The Scientists have abandoned all vestiges of empathy. They have a morbid desire to know everything. The desire that leads them to carry out the cruelest investigations. 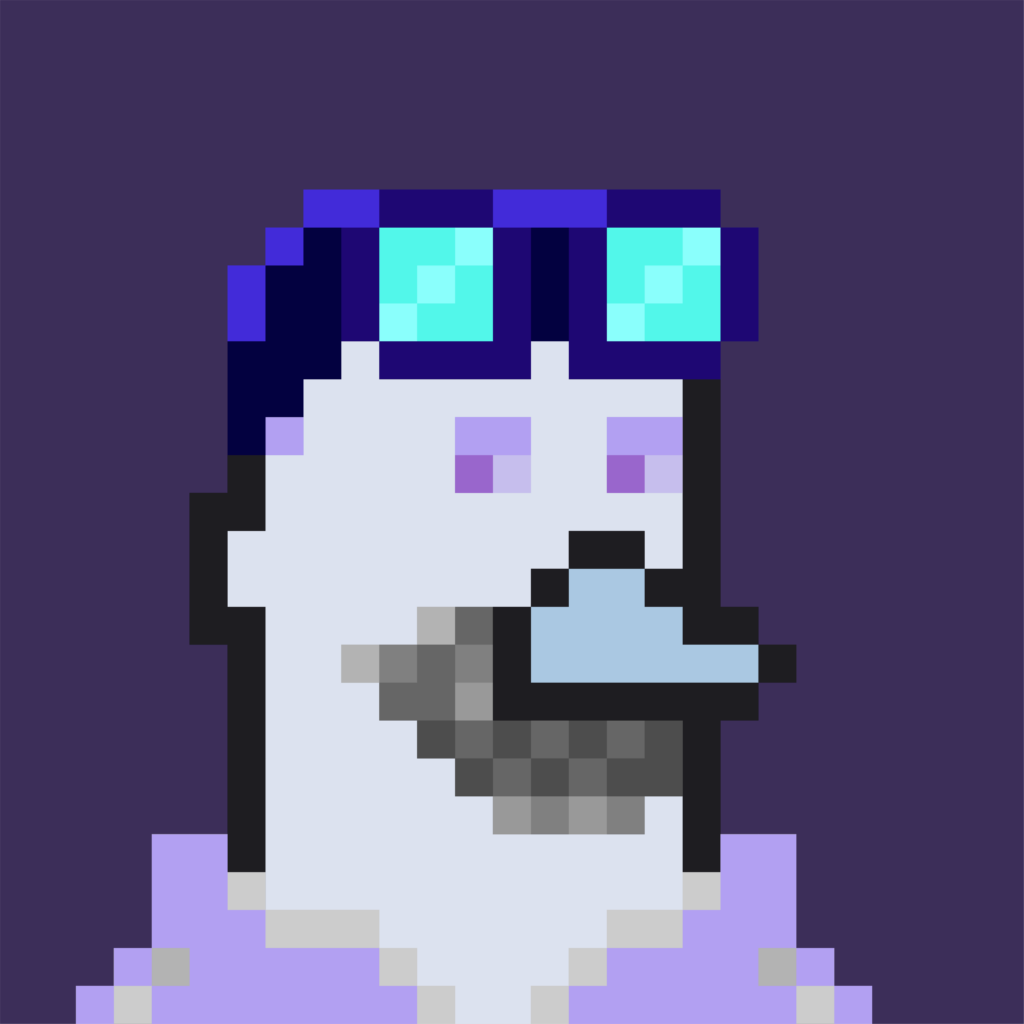 They used to be Scientists who were relegated to second-class citizens and lost part of their rights in the process. In relation, the Engineers are a very small group.

Although they shared the same idiosyncrasies as scientists in their beginnings, they changed their minds during the years when they were war refugees. They secretly oppose Agape and the decadent world in which they live.

They are currently working on interdimensional travel and have had their first successful missions. They rely heavily on the actions and protection of the Scouts. 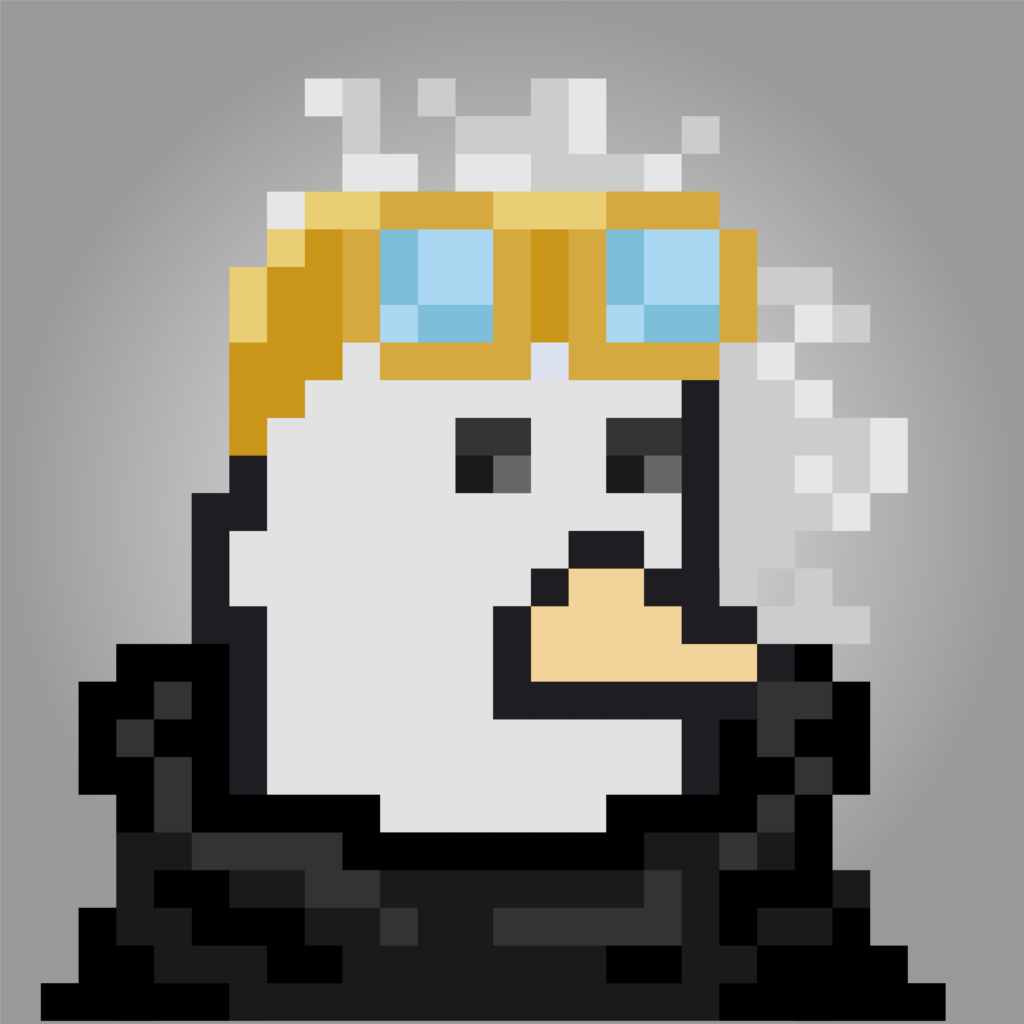 They are excluded from society. Most live in the underground areas and on the edges of cities. A few are in remote areas, where survival is the only law that prevails. Here, smuggling, fights to the death, races, and Gobritrol trafficking are everyday occurrences.

Any goose that is considered part of the Hampa has no rights and can be taken at any time as an enslaved person or for things much worse. The members of the Agape that have fallen into disgrace, or those who desert the Order, are usually condemned to exile and to live among these unfortunates. Few last long enough to tell. 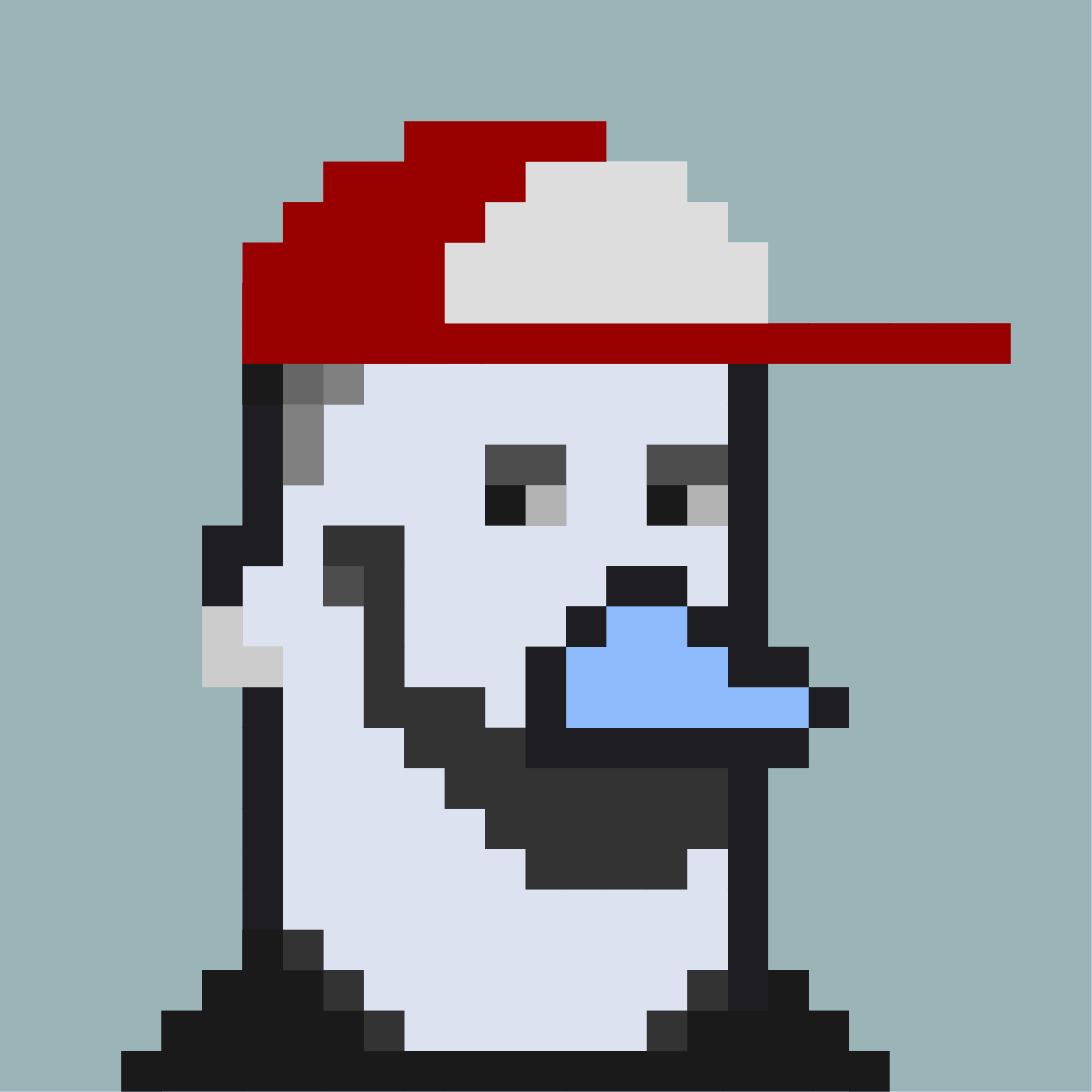 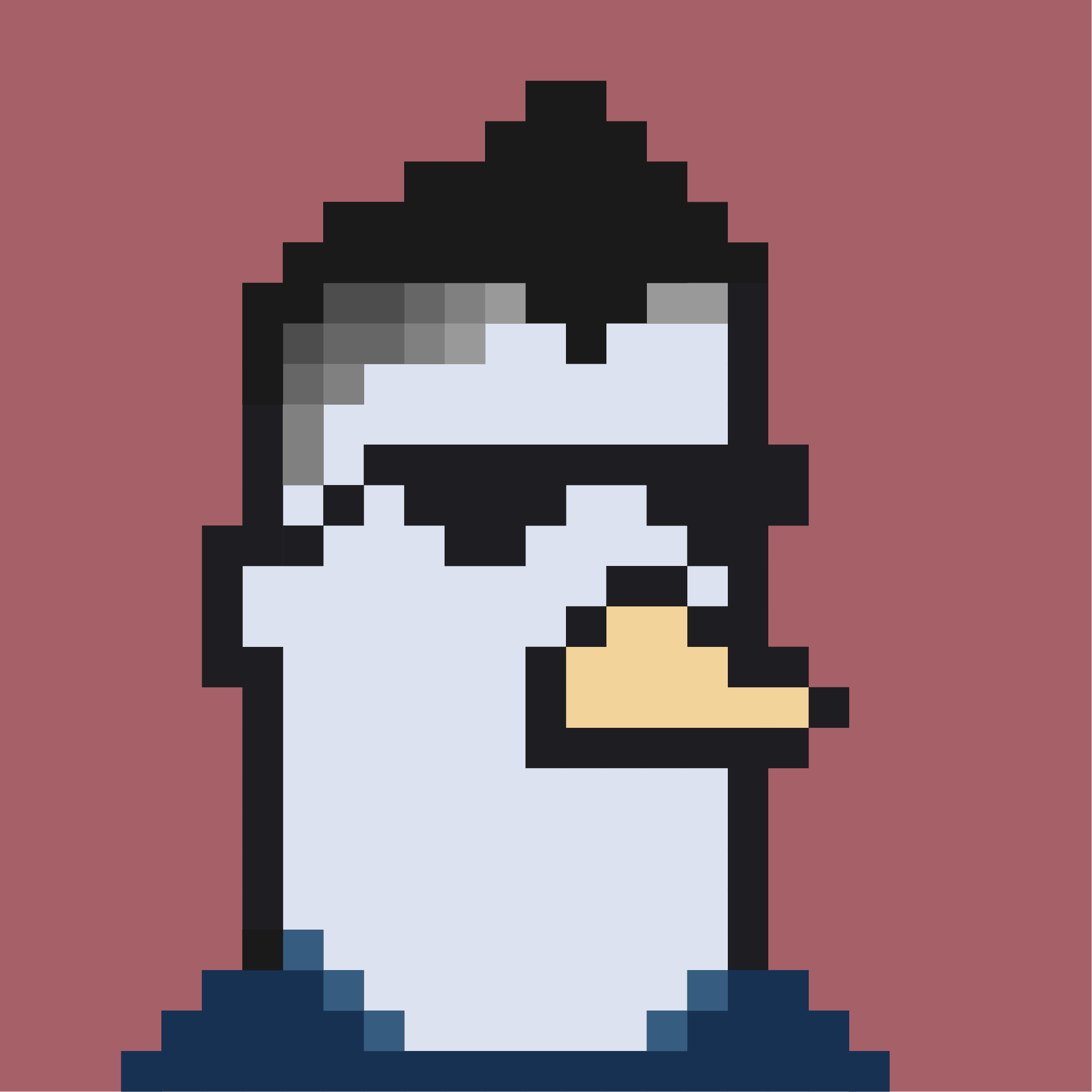 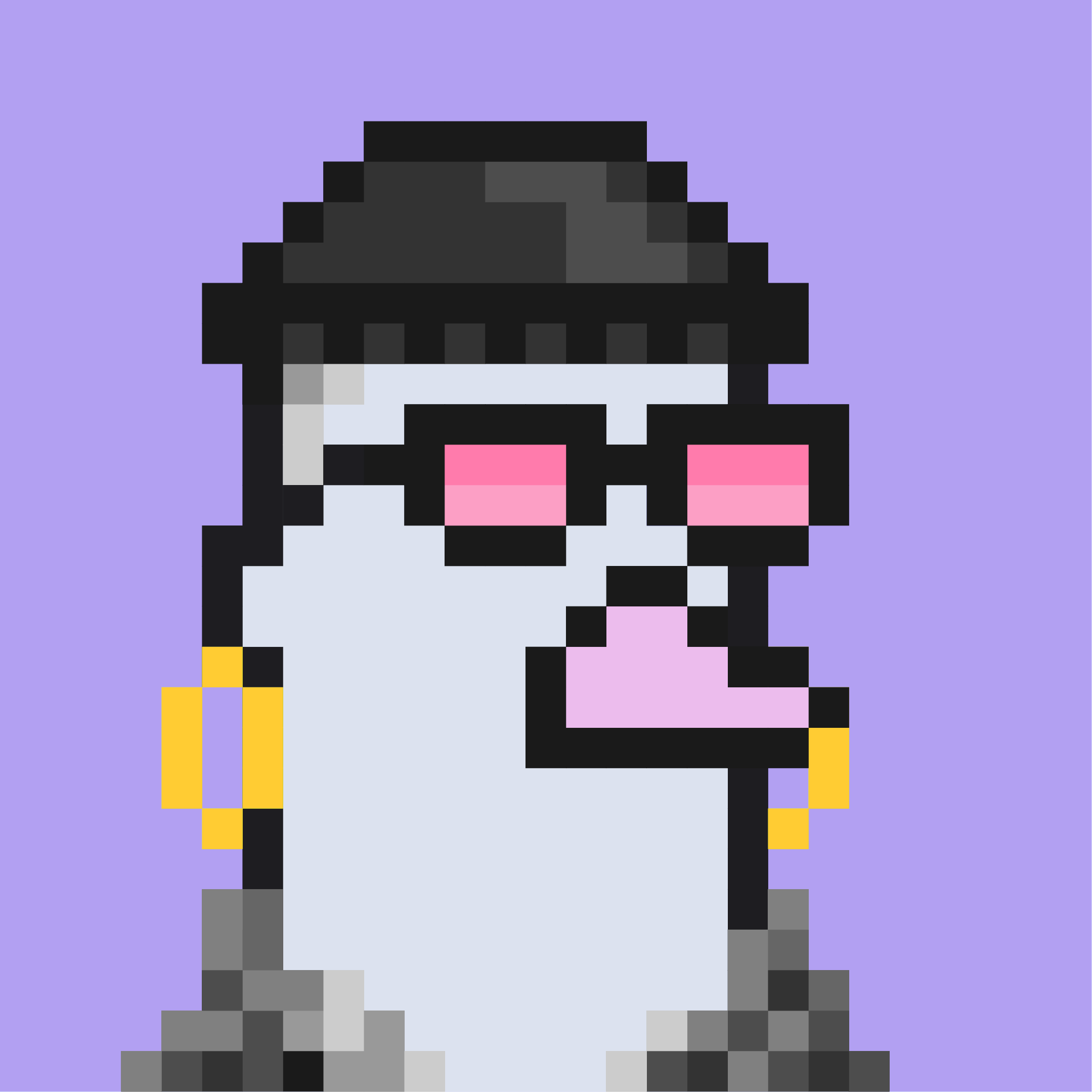 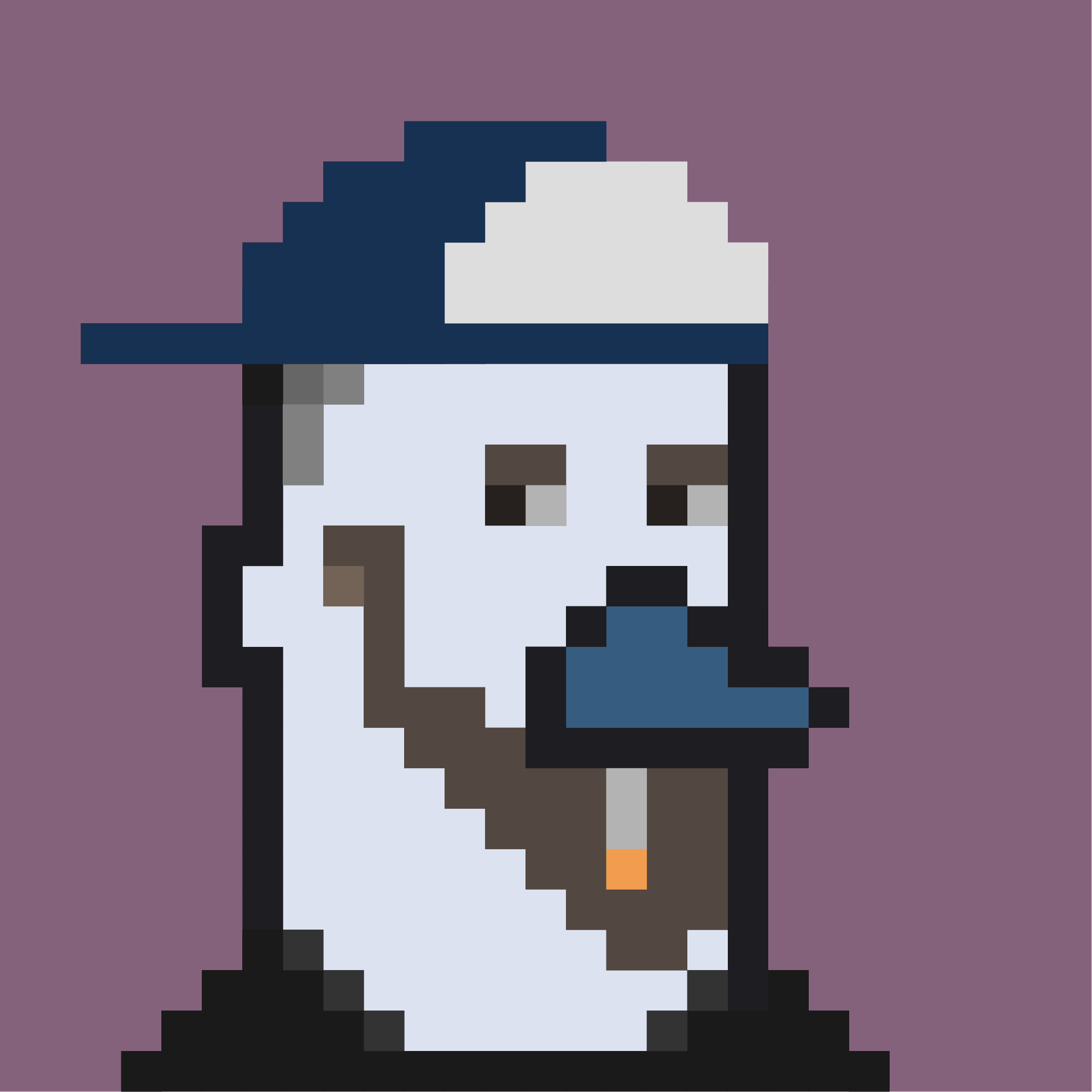 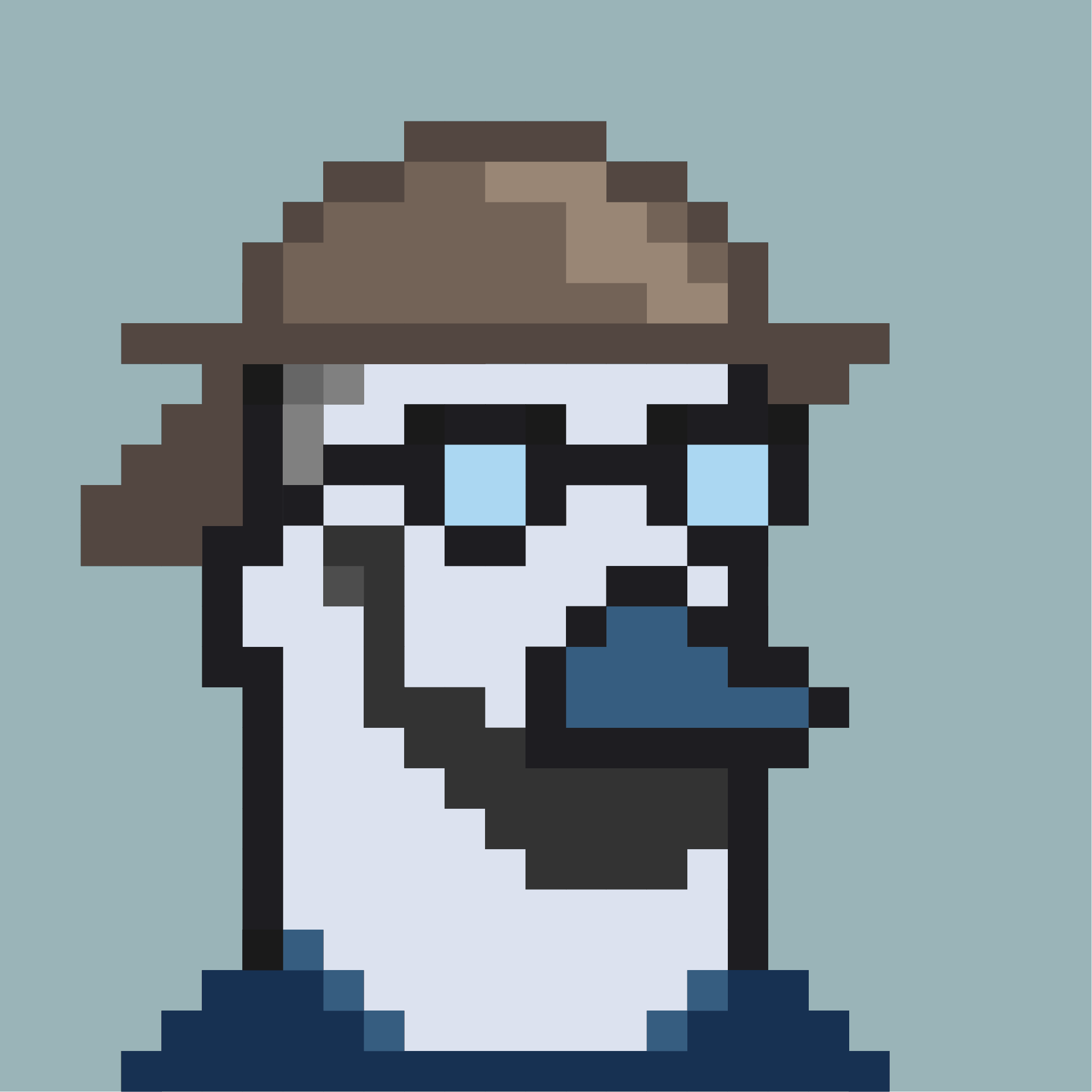 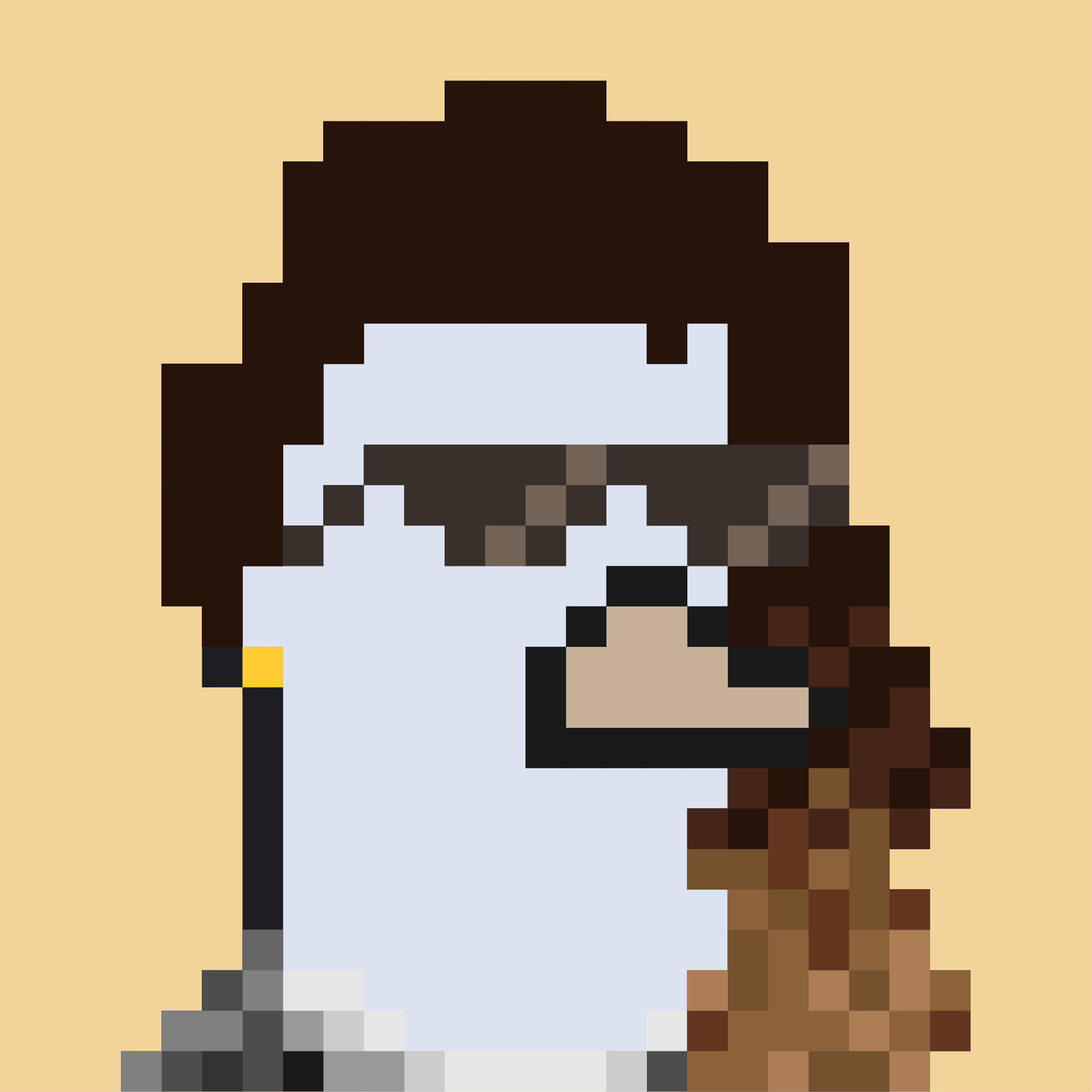 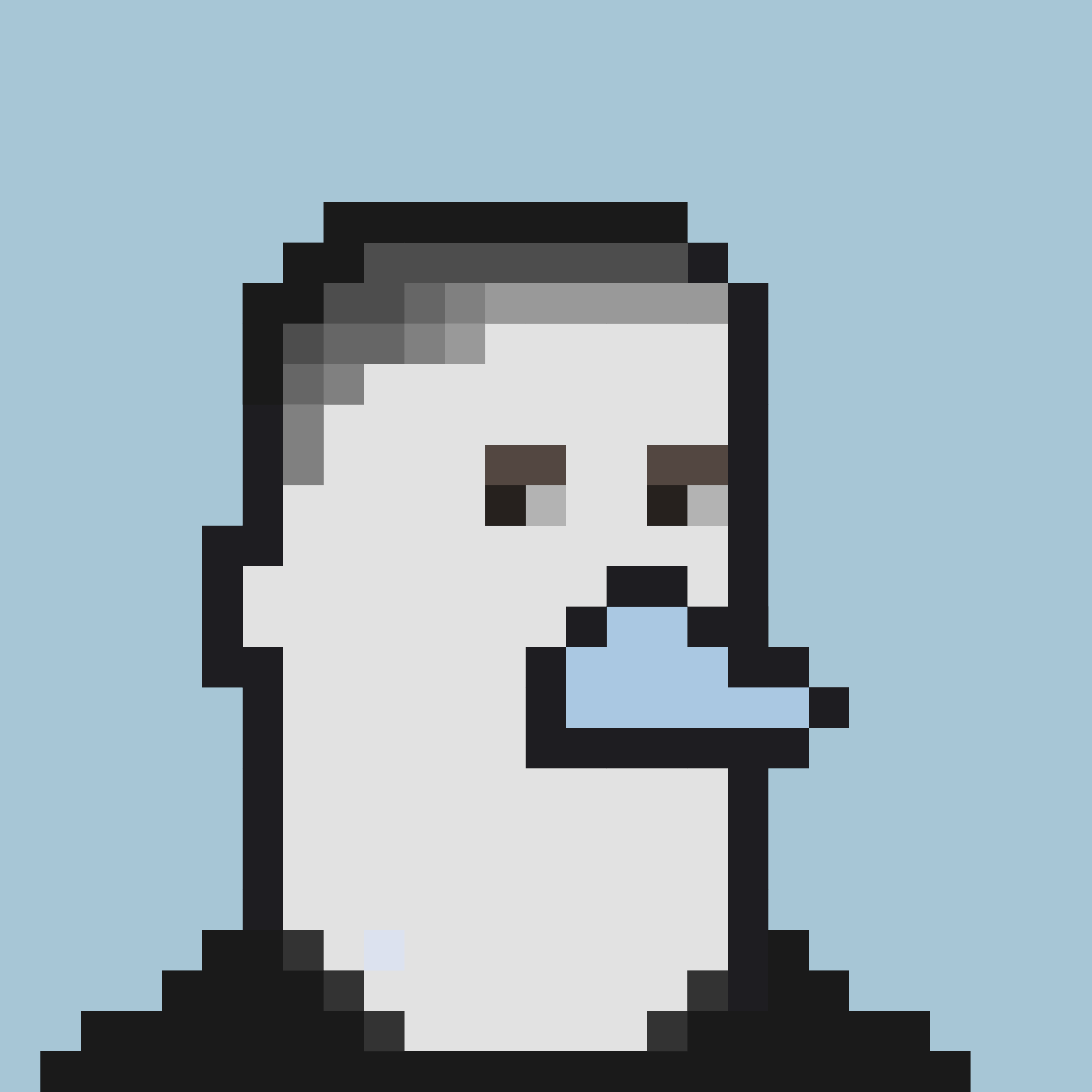